RYSA
hello! i am a graphic designer / illustrator.
hire me so i can buy food for my cat :D
for anything else email me at raeesa.sya(at)gmail(dot)com

HOW TO WEAR SPORTSWEAR WITH STYLE

Ok so since Alexander Wang released his new collaboration with H&M We all know that everbody went crazy over the sportswear inspired attire. Some camped overnight in front of H&M Bukit Bintang just to get a pair of leggings. If you look at the collection,  you'll find that it is very much inspired by sportswear. Like look at that sandals.


Doesn't matter that the models are wearing windbrakers because it might be -3 degrees cold. As long as it's stylish and sporty, it's ok to wear a slipper in any condition. Sounds very Malaysian...lol..Whack only slippers everywhere.

With sportswear brand like Nike and New Balance coming out with killer technology materials, not only can sportswear be comfortable, but stylish as well. Running shoes beats wedges anytime. I think ever since i've started running, i've only been wearing sports shoes where ever i go.

Ok maybe cause i have a super major crush on Adrianne Ho. 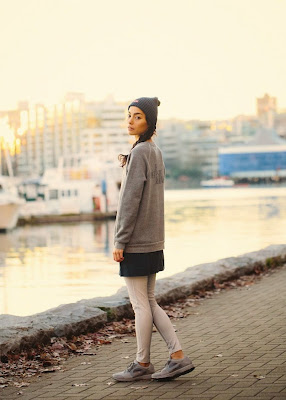 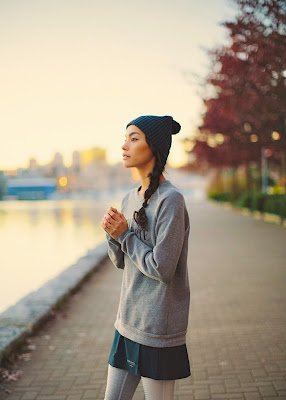 A woman can look sexy/ sleek/cool even in sportswear. Play with patterns and colours. Ok whatever lah.. "patterns colours"..  im more of a practical person. So as long as it fits and does its job, im happy with it. Seriously Sportswear is so comfy!  And admit is Adrianne Ho looks badass in it too!

To be honest i love sportswear. I wished i was sponsored. Cause in a week i use prob 3-4 sports bra (no im not a pengkid trying to hide my boobs... lol.. i do lotsa sports) and running shoe's all i wear. haha.

And it makes a huge difference when you wear a good sports bra and a "cikai" one. The level of comfort and absorption is incomparable.

Also that Dry-fit technology nike talks about, is amazing! I can run 5 km and i don't feel sticky. I mean, i do feel sticky but not the damp kinda stick? you know?

So yeah.. If you guys are unsure where you could get sportswear and would like to browse for sportswear online, do visit ZALORA as it offers a wide range of amazing sportswear online for women collection from clothing, shoes, bags, caps and more.

Let me know what you think about wearing sportswear out and whats your fav sportswear brand!

my current fav band. their song "science of fear" reminds me a bit of delphic tho. huhu. the temper trap is so dancy. i can imagine going in slow motion. haha


The Temper Trap - Science of Fear


jakwob remix of fader. SO GOOD! 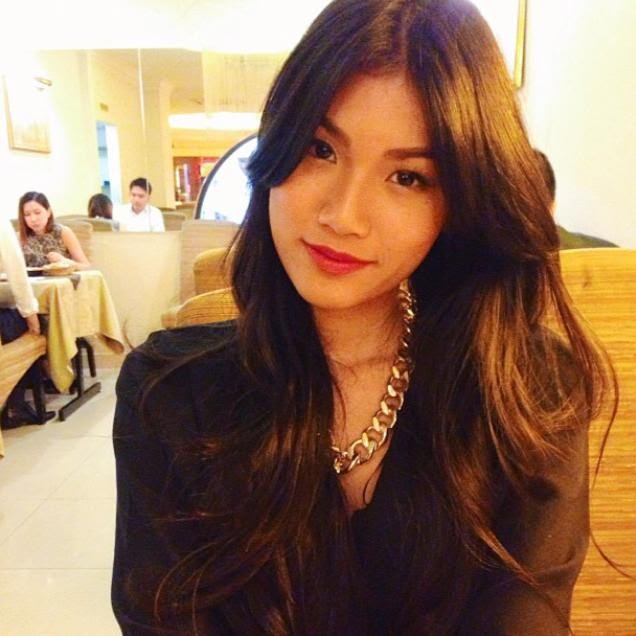 I know i havent been blogging. I do miss having a small community where i can share my thoughts and what not. How've you been? Miss ya'alls!

What have i been up to?
I've been busy working. I work for a non-profit now. We do volunteering stuff. At the same time, im still doing freelance graphic design. I'll post a link to my website soon!

30 Day challege: Your views on religion 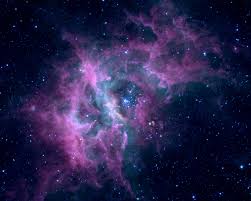 According to Dictionary.com : "religion is a set of beliefs concerning the cause, nature, and purpose of the universe, especially when considered as the creation of a superhuman agency or agencies, usually involving devotional and ritual observances, and often containing a moral code governing the conduct of human affairs."

Basically, it has something to do with faith. Faith in something. As humans we need reason to explain things. Why is the sky blue? why does it rain? Why does a certain thing work a certain way. It gives us comfort in knowing that maybe there is an unknown entity famously known as god that created all these.

In early human civilizations, gods are depicts in myths. Like the nord and greek mythology. Then philosophers suggested that something must have came from nothing and nothing can't come from nothing. With science, we began to understand our existence a bit better.

I'm not an atheists. I'm a muslim. I might not be the best muslim i can be but im a muslim nevertheless. I believe in god. I believe in the first precedent of the quran. "Bismillah hirahman nirahim" which translates to "In the name of Allah, most gracious, most merciful". If god himself is most gracious and merciful, who are we to judge another person? I believe god loves us and in love i trust.

All things in life should have a balance. if there are no evil, we won't be gracious of what's good. Bad and good goes side by side to balance the system of the universe.

Religion is a guideline for humanity. Although history shows us that it has been politicize by human in the quest of gaining power and conquer. I absolutely despise this.

I am a muslim living in malaysia. Being malay doesnt make you a muslim. People should stop getting confused by this. This religion is not to be dominated by malays and misguided to believing your not a muslim if you don't follow a certain political party. How can you judge who is muslim enough when we are all mere mortals. It seems that when it comes to the muslim community, most people fail to include the chinese muslims, indian muslims and the lain-lain muslims when acknowledging this religion.

I also find it funny that some people are afraid of ghost but doesn't believe in religion and worst, people who believes in religion and yet practices kurafat and black magic. Believing in bomohs (shamans) is absurd. There is no fast way. In god we should trust and in him alone we should believe in.

At the end of the day, religion is my only solace. I like to have faith in something. Prayers give me comfort and i like the ideology behind being a muslim. Not to be confused between the quran and hadith i draw a thin line between those two. I believe even without religion people should know the differences between good and evil. Strive to do good and the universe will reward us in its own way.


Even though i'm liberal, I know god is the most gracious and merciful. If a prostitute can be forgiven for her sins and brought to eternal paradise for giving a dog dying of thirst water, how can we judge. Not that i'm saying im a prostitute T_T but you get the gist.
Posted by RYSA at 3:38 PM 1 comment:

A decade ago i was 13, first year of high school, got into music and everything else was history. Of course, a lot had changed since then. I wanted to be a lawyer at 17 but got into street art and studied graphic design instead. After graduation i worked in a social media company doing internet based stuff and now i'm jobless (by choice) so... i'm not where i thought i'd be 10 years ago.

At 33 i hope to be successful, healthy and a mom. I can't share with you my dreams because it'll be embarrassing if i don't make it happen. I do know i should at least be able to say that by that age, i would have traveled to most part of the world and did all the things that i've wanted to do. Mostly those dangerous adventure risky stuff that young people like me can still afford to take.

Some of the places i'd like to vist by 33

I'd like to be able to say that i've spent my youthful years doing something interesting. I do not wish to sit in a 9-5 job working for some company slaving my self like a myanmar waitress for the next 10 years. I'd rather hustle, be poor but still have the time to do the things i wanna do. Time is after all more valuable than money. Money you can find but time, once passed will never be conquered.

Hopefully i'll be wiser and more chilled. More experienced and 5 kg heavier. lol. Life by then would be simple and meaningful. They say as you grow older, you'll see the bigger picture. Maybe i won't fret on petty things anymore.

Everything happens for a reason but it's not fair to say i wanna go with the flow if I don't have a goal. Because then, the flow wouldn't have any direction. The flow might just flow in circles.

I'm taking things easy now. I have a dream and it's ok to dream big but i know i have to do something about it and i believe if i want something so badly and put enough dedication and focus to it, it will come true.

I'm not so keen on spending the rest of my life away from home. Malaysia is my country and i'm proud of it. The people here might have a different mindset and our culture is variant but it's where my blood bleeds. I love my country and eventhough it's not first world and it's not perfect, we shouldn't take things for granted. However, i do want to experience working abroad for a couple of years. Just to get a different insight on other cultures and what not.

10 years shall pass with a blink of an eye. Let's make it worth it and touch up those sprouting baby grey hair.
Posted by RYSA at 6:56 PM No comments: I was browsing my web folder (photos saved from the internet) while looking for tumblr worthy photos when i came across this interesting 30 day challenge. Now I shall make it a point to complete each challenge daily for the next 1 month. Do expect some answers to be abhorrently honest and liberal.. but we shall see.
Posted by RYSA at 5:57 AM 3 comments: 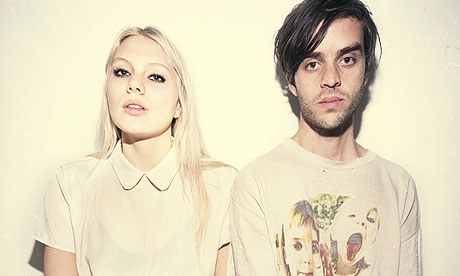 There's nothing more romantic and lovely than couples writing songs together. Big deal are Kacey Underwood (guitar, vocals) and Alice Costelloe (vocals, guitar). Their soothing vocals and raw sound makes them amazinggg! I feel so in love.